How the 2018 MTP innovation evolved from science fiction to reality 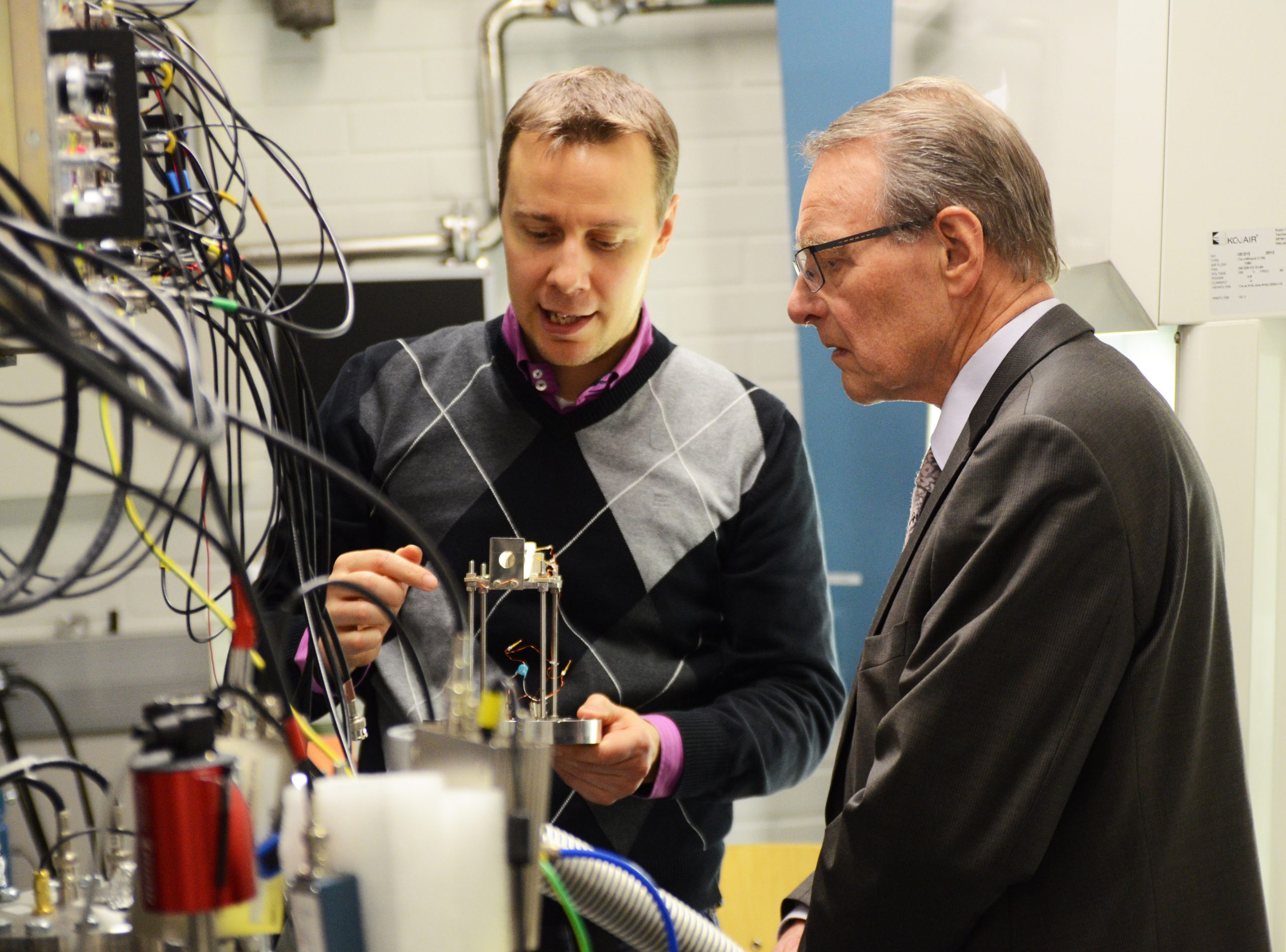 “If I had been told in the 70s that one day we could put a billion transistors in a microchip, I would have said it’s science fiction”, said 2018 Millennium Technology Prize winner Tuomo Suntola at an ALD seminar in Jyväskylä, Finland.

Suntola’s invention ALD, or atomic layer deposition, plays a major role in the fact that our smartphones and laptops have become so small yet more and more powerful. Suntola’s innovation is one of the key factors in the continuation of the famous Moore’s Law which remains valid to this day: the efficiency of microchips has doubled at approximately two-year intervals while their price has decreased.

Suntola told his audience how the presentation slides have already become outdated in just six months:

“My slide says that the average transistor size is 10 nanometres, but it has already decreased to 7 nanometres. In laboratories they can make it even 2 nanometres”, Suntola explained.

From doubt to success

When Tuomo Suntola developed his innovation ALD in the 70s, he was pioneering the whole field and was confronted with doubts.

“A foreign professor once told me that, according to his own evidence, atomic layer deposition is impossible. However, at the time we already had ALD in production in Finland”, Suntola says, laughing.

Suntola was always ahead of his time with his ideas for applying ALD. The first commercial products to use ALD technology were electroluminescent displays. When Suntola’s team first demonstrated these displays at a conference in San Diego in 1980, they received over 4000 inquiries for the product.

“We didn’t even have the production line ready yet”, Suntola says.

Tech innovations have a long way to go

Today ALD technology is in use in practically all phones and computers but also in LED lights, solar panels, lithium batteries and even in the lenses of telescopes. In addition ALD has proven itself very promising in medical applications such as implants.

Tuomo Suntola feels that there is a little bit of an illusion of super-fast technological development in everything.

“New telephones come to market all the time but it’s mainly about small model changes. When we talk about developing new production technologies, the time frame is from years to decades. And from theory and basic research to technology it already takes several decades”, Suntola says.

Even though it took 44 years for ALD technology to evolve from idea to an innovation that won the Millennium Technology Prize, Suntola sees the real meaning of his work in small steps along the way.

“In making innovations, motivation is the most important factor. Motivation rises from a goal that is seen worth achieving. With ALD there has been many different goals that were set and achieved during the decades.”