Space physicist Minna Palmroth begins as our Chair of Board 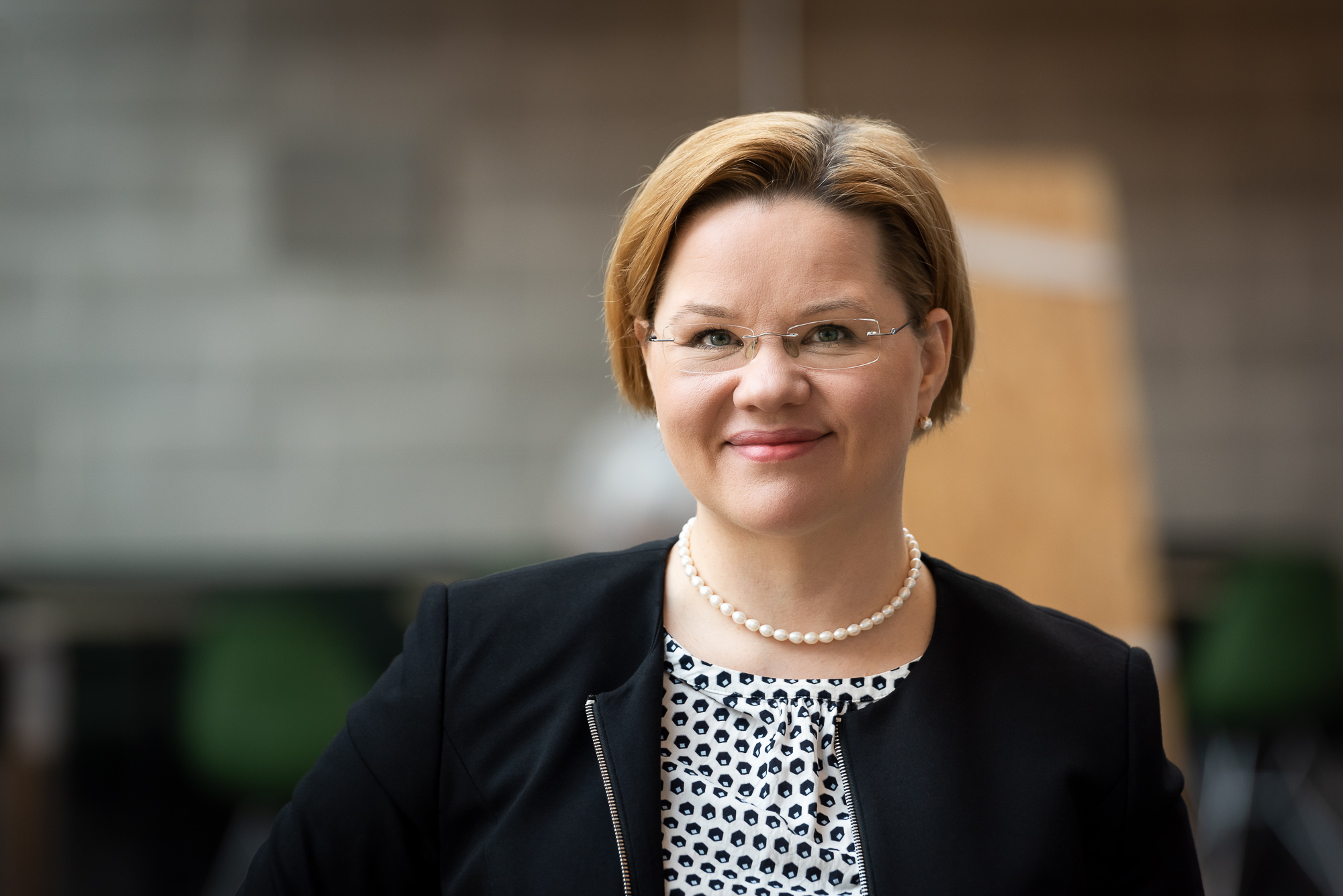 Minna Palmroth, Professor in computational space physics at the University of Helsinki, begins as Chair of the Board of Technology Academy Finland TAF on 1 June.

“The Prize and particularly the Millennium Innovation Forum provide a chance to network with the most inspiring vanguard of science and technology.”

Minna Palmroth has held a joint professorship at the University of Helsinki and the Finnish Meteorological Institute since 2017 in addition to working as Director of the Finnish Centre of Excellence in Research of Sustainable Space since 2018. For the majority of her career, Palmroth has worked in the Finnish Meteorological Institute, where she led the Earth Observation department between 2011 and 2016, simultaneously working as a research professor from 2013 to 2016. Previously, she held the position of an Academy Research Fellow at the Academy of Finland, among others. Together with her group, Palmroth has developed the world’s most accurate near-Earth space simulation, twice receiving the European Research Council award and funding.

As Chair of the Board of Technology Academy Finland, Palmroth will promote the goals of the Millennium Technology Prize: increasing the appreciation of technological knowledge and highlighting innovations that benefit the entire humankind. She considers the Prize a great competitive advantage to the Finnish people, as well.

“The Millennium Technology Prize is a gift to the world, awarded by a small yet decisive nation.”

“The Millennium Technology Prize is a gift to the world, awarded by a small yet decisive nation. The Prize targets to increase the quality of life and celebrates the hope that technology, knowledge, and learning bring to all people of the planet. The Prize and particularly Millennium Innovation Forum provide a chance to network with the most inspiring vanguard of science and technology. I believe this will give Finland an advantage for creating new, thrilling innovations,” Minna Palmroth says.

Palmroth looks forward to being able to promote the Finnish technological competence, which is a source of great pride to her.

“Having lived my youth in the 90s, it has always been self-evident to me that Finland’s technological competence is the most advanced in the world. The position as Chair of the Board of Technology Academy Finland provides me a chance to aid the development of that world-class competence,” Minna Palmroth says.

The out-going Chair of Technology Academy Finland, Director of Biocenter Finland and Professor Marja Makarow has been appointed President of Academia Europaea – The European Academy, which promotes European research and advises governments and international research organizations.

“It is great to leave Technology Academy Finland to Minna, an inspirational representative of the next generation of research and innovation leaders”, Marja Makarow says.