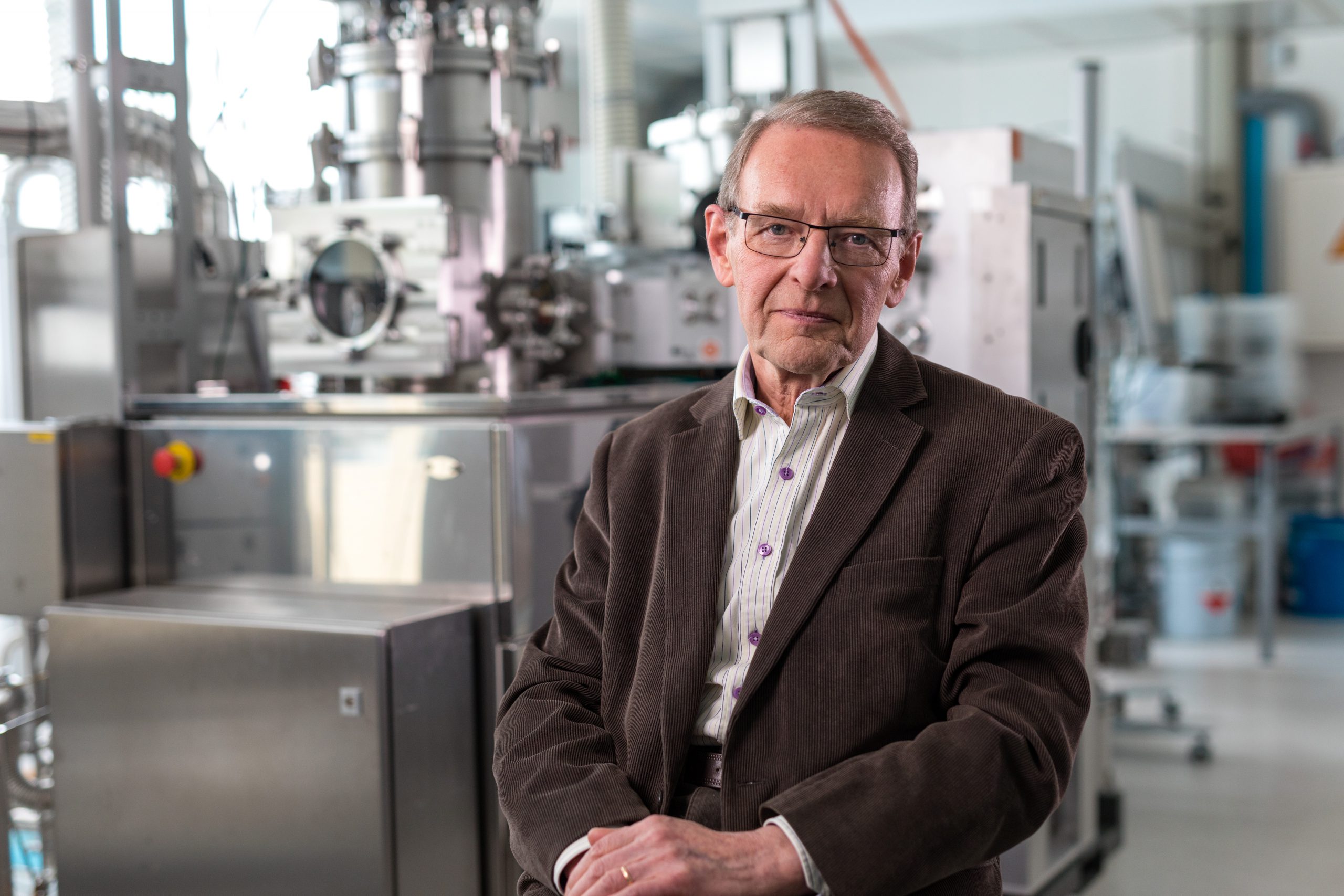 The biennial one-million-euro Millennium Technology Prize has been awarded to Dr. Tuomo Suntola. Suntola’s prize-winning ALD (atomic layer deposition) innovation is a nanoscale technology in use all over the world. ALD is used to manufacture ultra-thin material layers for microprocessors and digital memory devices. The technology allows building of complex, three-dimensional structures one atomic layer at a time.

ALD is a versatile technology, instrumental in numerous high-tech sectors. Components with thin films made with the ALD technique are used in practically all modern computers and smartphones. Thanks to the constantly evolving ALD technology, IT equipment has become smaller and less expensive yet more powerful. Suntola’s innovation is one of the key factors in the continuation of the famous Moore’s Law that has kept its validity to this day: the efficiency of microchips has doubled at approximately two-year intervals while their price has decreased.

The extremely thin isolating or conducting films needed in microprocessors and computer memory devices can only be manufactured using the ALD technology developed by Tuomo Suntola.

“The ALD method is a textbook example of a technology that is hidden from users but is nevertheless vital for visible development. ALD has also made the ownership of information technology more democratic, thereby contributing to the wider access to information and communication,” says Academy Professor Päivi Törmä, Chair of the Millennium Technology Prize Selection Committee.

From theory to innovation by Tuomo Suntola

Tuomo Suntola developed ALD technology and the equipment for the manufacture of thin films back in the 1970s and then acquired international patents for them, thus enabling the industrial production of thin films on a mass scale. Fundamental research that underlies ALD technology had also been conducted in the former Soviet Union by Professors Valentin B. Aleskovsky (1912–2006) and Stanislav I. Koltsov (1931–2003).

“Tuomo Suntola’s innovations led to the large-scale commercial utilisation of the ALD method. He saw the huge potential of atomic layer deposition and thin-film technology in microelectronics and information technology,” says Päivi Törmä, Chair of the Board of the Millennium Technology Prize Selection Committee.

Suntola himself considers the breakthrough in electronics his greatest achievement.

“When the semiconductor sector came to understand the significance of ALD technology in the early 2000s, its use exploded,” says Tuomo Suntola, winner of the Millennium Technology Prize.

“Being awarded the Millennium Technology Prize is a great honour for me, especially because the innovation has proved useful in so many applications that improve the quality of life for humanity.”

The winning innovation has a firm position in the IT sector and a great future in many other fields as well. Research has yielded promising results with manufacturing ALD thin films for medical instruments and coating of implants. Startups have been formed to commercialise the technology in applications such as controlled release in the human body.

The ALD method can be used to improve the efficiency of solar panels, LED lights and lithium batteries for electric cars and its use has also been researched for environmentally friendly packaging materials. ALD-films are used in optical applications, and also on watches and silver jewellery to prevent corrosion.

Today the global market of equipment and chemicals used for the manufacture of ALD films is estimated to be about two billion US dollars, and the market value of consumer electronics relying on ALD technology is at least five hundred billion dollars.

“World-class ALD expertise has been developed in Finland. I hope that the prize will inspire Finnish researchers and companies to invest in new technological applications,” says Professor Marja Makarow, Chair of the Board of Technology Academy Finland.

Watch the video of the 2018 Millennium Technology Prize Winner and his innovation: YouTube: 2018 MTP Winner

Find here more information about the Winner (in English): Questions&Answers