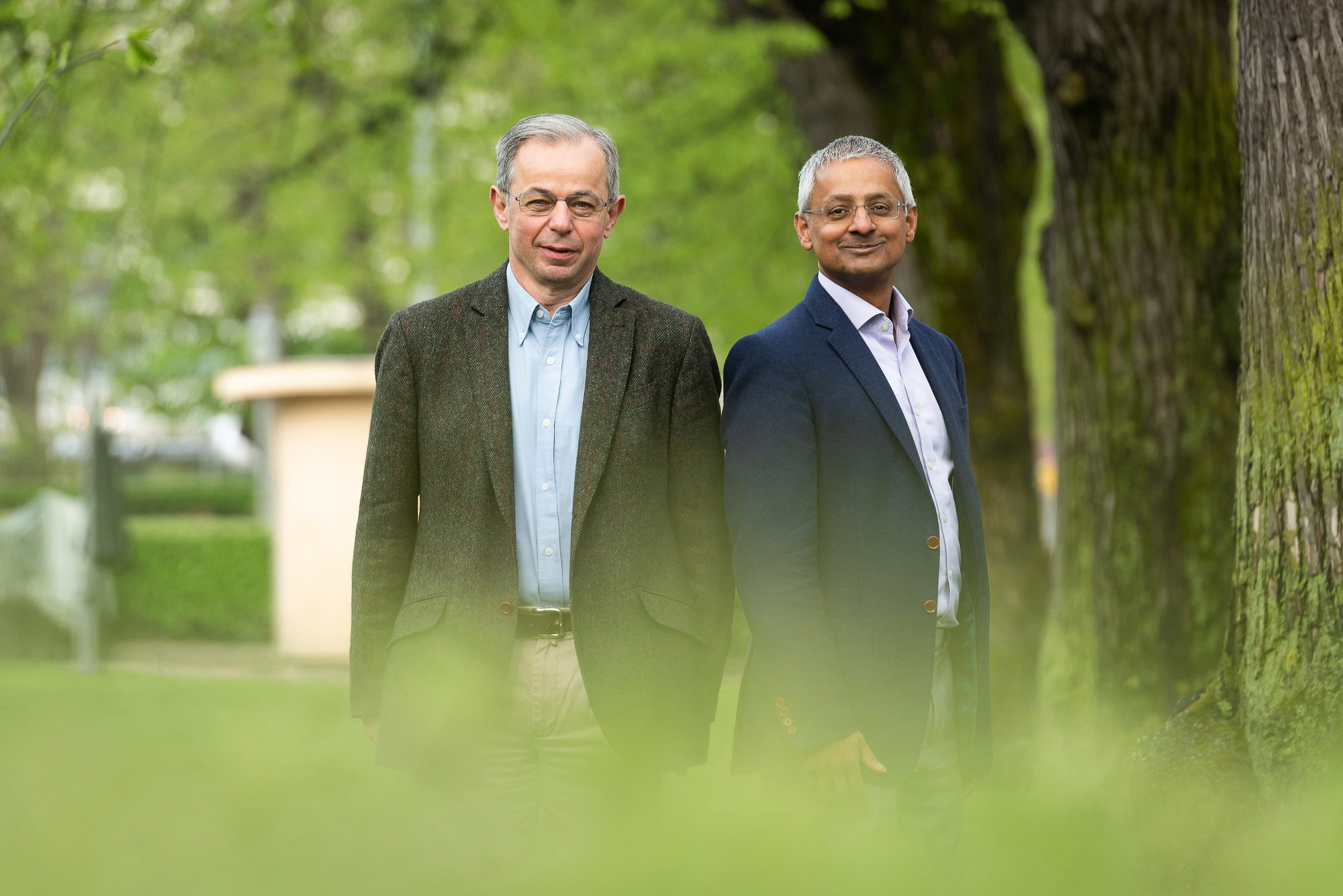 Chemists Shankar Balasubramanian and David Klenerman from Cambridge University were awarded the 2020 Millennium Technology Prize for the DNA sequencing techniques they developed. Thanks to the Next Generation Sequencing (NGS) technology, DNA-bearing human genetic data can be read fast and at an affordable rate.

With the help of the NGS technology, it was possible to read the COVID-19 genome almost immediately after the virus was found. This laid the foundation for the vaccine to be introduced globally in record time.

Each of us carries the genetic information we have inherited from our parents, in other words, the genome on the basis of which all our cells have been built. The genome is located in the nucleus of our cells as DNA. If the DNA contained in one human cell was stretched out as a single strand, it would be approximately two metres long. DNA stores genetic information in four nucleobases named guanine (G), adenine (A), cytosine (C) and thymine (T). Variation in the order of these bases resembles written information that eventually forms the cells. Sequencing refers to the process of reading the order of these bases.

There is a huge number of possible applications for sequencing – and they are not limited to determining the human genome. With the help of this technology, it was possible to read the COVID-19’s genome almost immediately after the virus was found. This laid the foundation for the vaccine against the virus to be introduced globally in record time. The same technique is now used to monitor the progress of coronavirus variants on a daily basis.

The award-winning method is in wide use

NGS is effectively deployed also for example in Finland. Professor Aarno Palotie is one of Finland’s most renowned researchers in disease genetics, and Research Director of the Institute for Molecular Medicine Finland (FIMM). He has several research projects under way, all of which utilise NGS technologies.

“We can accumulate and study large amounts of information about human genome as NGS technology has made collecting genetic data so fast and affordable.”

The goal of the most well-known project, FinnGen, is to produce genomic data of 500,000 Finns. By combining Finns’ genomic and health data, the objective is to discover which genes expose people to different diseases. This information can be used to develop better drugs and even to treat people in a preventive manner before the onset of diseases.

Another project called SUPER, in turn, investigated the hereditary nature of psychosis in an extensive genetic study covering 10,000 people.

The third study throws light on the genetic nature of intellectual disability in Northern Finland with the help of DNA samples collected from 3,000 people.

“We can accumulate and study large amounts of information about the human genome as NGS technology has made the collection of genetic data so fast and affordable,” says Palotie.

It is necessary to study large numbers of samples

In order to study human genetics, a large number of samples is required. Most often, genetic predisposition to diseases is caused by various genes, and there are enormous numbers of variations in gene combinations. Material collected from large numbers of people is needed in order to use computers to calculate which of the various combinations are relevant for diseases.

In addition to NGS, there are also other technologies that can be used to investigate genomic data. The most suitable technology depends on the application. Technologies are also developing rapidly and becoming cheaper.

“In our projects, the cost of examining genomic data may already be lower than what it costs for a healthcare professional to take a sample from a person undergoing a medical examination,” Palotie explains.

Currently, genomic data is most used for the treatment of rare diseases and cancer.

Genetic testing is deployed in Finland to investigate, for example, the cause of familial hypercholesterolemia (FH), which is a life-threatening genetic lipid disorder. In FH, cholesterol levels are very high since childhood. Approximately 50 per cent of men with FH have coronary artery disease before the age of 50. FH is caused by thousands of different gene mutations, but four out of five FH cases in Finland are caused by some eight dominant mutations. If genetic testing shows that the patient has one of these mutations, an attempt is made to immediately reduce their cholesterol levels with the appropriate, preventive drug therapy – while guiding the patient to make healthy lifestyle choices.

Genetic testing can also help determine which medicines work and which do not. For example, cancer patients can be matched with the correct targeted therapy. These therapies may offer alternatives to chemotherapy, which causes severe side effects.

Aside from the identification of viral genomes, it is possible to carry out rapid and cost-effective tests on so many samples that the emergence of new mutations can be rapidly detected in samples from people suffering from the disease. Thereafter, it is possible to determine how quickly and where the mutations are progressing. In terms of coronavirus variants, this information has been utilised globally. Already in the summer of 2021, countries made decisions on matters such as requirements for face masks and travel restrictions on the basis of information provided by the NGS method on the spread of new virus mutations worldwide.

Coronaviruses are not an exception here. The NGS method is suitable for the detection of any current or future virus genomes. Microbes are even easier to examine than humans, as their genome is shorter.

The Academy of Finland contributes to advancing research in many ways. Among other things, the Academy is currently funding the Centre of Excellence in Complex Disease Genetics, where Palotie is involved.

“The Centre of Excellence brings together top researchers in the field. By working together, they can conduct better research.”

Text: Visa Noronen, for the Academy of Finland