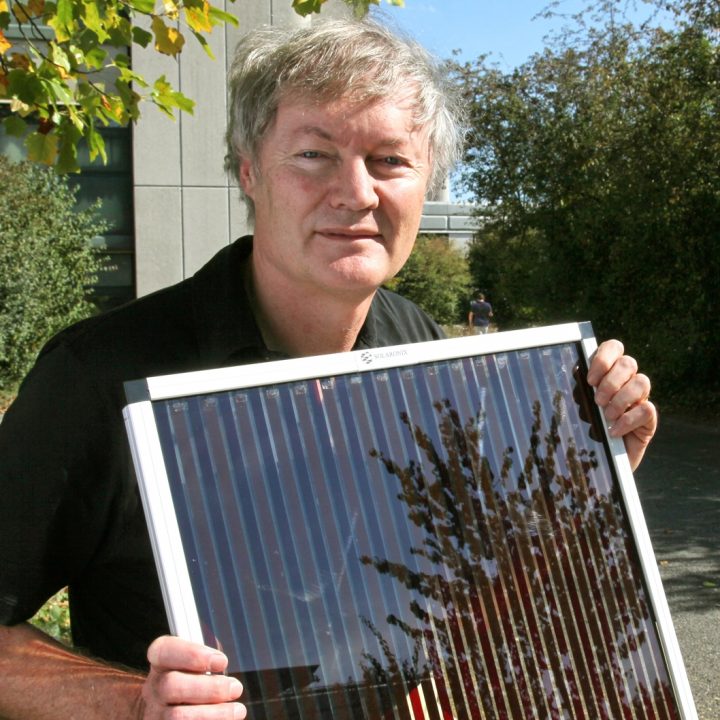 One of mankind’s greatest challenges is to find ways to replace the diminishing fossil fuel supply. The most obvious energy source is the sun, origin of almost all the energy found on Earth. The surface of the Earth receives solar radiation energy at an average of 81,000 terawatt – exceeding the whole global energy demand by a factor of 5,000. Yet, we are still figuring out a cost-effective way of harnessing it.

Solar cells, converting energy from the sun into electricity, were first used in the 1950s to power orbiting satellites and other spacecraft. Applied to power generation on Earth, the price does matter. Selected silicon based technology was – and still is – expensive, even if the cost of photovoltaics has declined steadily since the first solar cells were manufactured.

Grätzel’s innovation, the dye solar cell (DSC), is a third generation photovoltaic technology. The technology often described as ‘artificial photosynthesis’ is a promising alternative to standard silicon photovoltaics. It is made of low-cost materials and does not need an elaborate apparatus to manufacture. Though DSC cells are still in relatively early stages of development, they show great promise as an inexpensive alternative to costly silicon solar cells and an attractive candidate for a new renewable energy source.

Read how 2010 Millennium technology Prize innovation is changing the way.