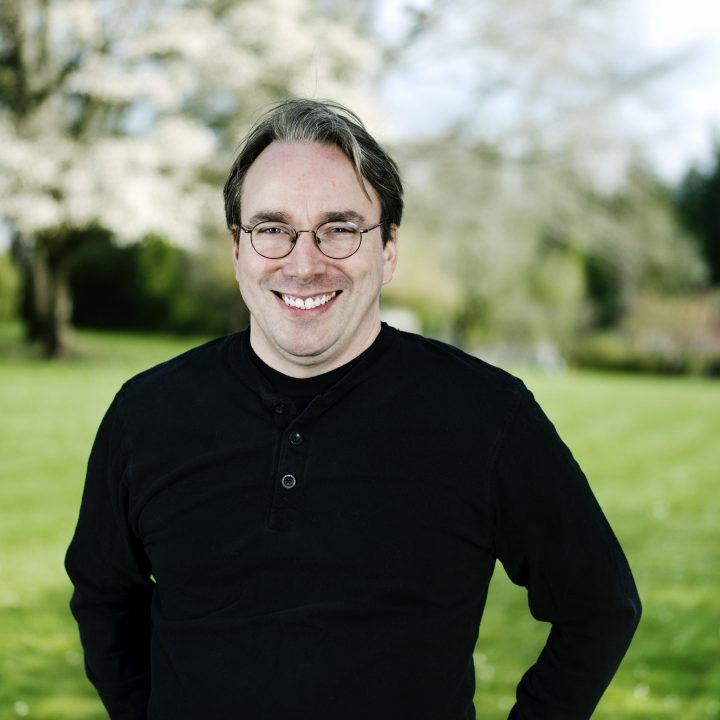 Linus Torvalds was born in December 1969 in Helsinki, Finland. With childhood heroes like Newton, Einstein and Gauss, he grew up thinking he would be a scientist, but his biggest influence was his maternal grandfather Leo Törnqvist – professor of statistics at University of Helsinki, where Linus would later study. When Linus was 12 his grandfather acquired a Commodore VIC-20 to help him with his work and got the youngster to type in the BASIC programs for him. Linus said: “The end result was that I got pretty familiar with the machine.” So was born a lifelong fascination with the inner workings of computers, programming and writing code.

After his university studies he released his Linux kernel operating system (OS) in 1991. It quickly took off and has continued to progress over the years, with thousands of developers from different countries and hundreds of companies (many of whom are fierce competitors in other markets) working together on the various iterations of Linux.

It has become the basis of Android smartphones, tablets, digital television recorders and supercomputers the world over. Today millions of people are using devices with Linux at their core that make their work and social lives so much easier and more pleasurable.