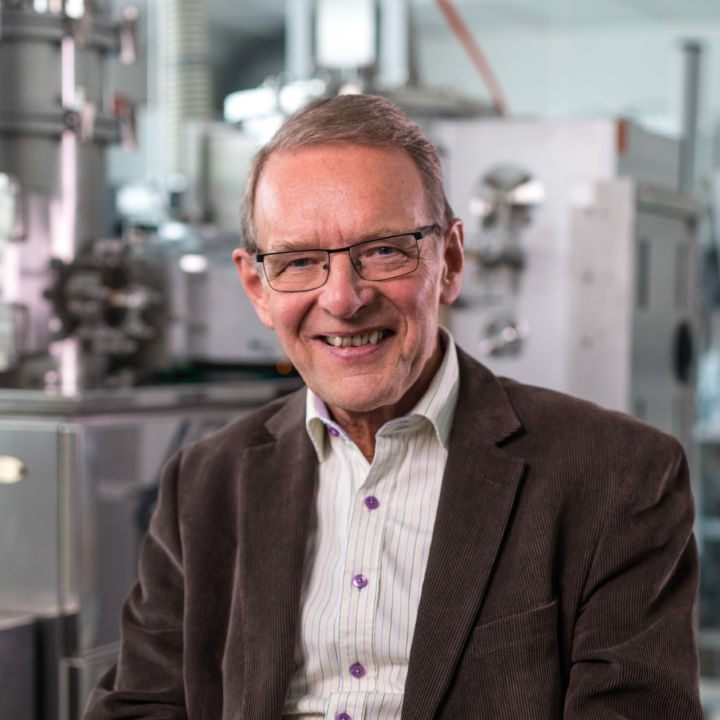 Thanks to the constantly evolving ALD technology, IT equipment has become smaller and less expensive yet more powerful. Suntola’s innovation is one of the key factors in the continuation of the famous Moore’s Law that has kept its validity to this day: the efficiency of microchips has doubled at approximately two-year intervals while their price has decreased. The extremely thin isolating or conducting films needed in microprocessors and computer memory devices can only be manufactured using the ALD technology developed by Tuomo Suntola.

Applications in medicine and sustainable energy

ALD is a versatile technology, instrumental in numerous high-tech sectors. Components with thin films made with the ALD technique are used in practically all modern computers and smartphones. The ALD method can also be used in many other sectors that IT. ALD thin films can improve the efficiency of solar panels, LED lights and lithium batteries for electric cars and its use has also been researched for environmentally friendly packaging materials. ALD-films are used in optical applications, and on watches and silver jewellery to prevent corrosion. Moreover, research has yielded promising results with manufacturing ALD thin films for medical instruments and coating of implants. Startups have been formed to commercialize the technology in applications such as controlled release in the human body.

Tuomo Suntola developed ALD technology and the equipment for the manufacture of thin films back in the 1970s and then acquired international patents for them, thus enabling the industrial production of thin films on a mass scale. Fundamental research that underlies ALD technology had also been conducted in the former Soviet Union by Professors Valentin B. Aleskovsky (1912–2006) and Stanislav I. Koltsov (1931–2003). When the semiconductor sector started using ALD technology in the early 2000s, both research and business in the field exploded.